Last autumn we started our commercial trial programme with our first finisher pig trial. Results have confirmed the findings of our previous scientific work with UCD, which showed improved performance in pigs when fed Adesco Treated Barley as a replacement for dried barley. This is in contrasts to results for pigs fed aerated only barley.

Combined with the environmental benefits (50% lower processing carbon footprint vs dried barley), hygiene benefits (negligible mould levels long after treatment) and that we are working with locally grown raw materials, it is clear that Adesco Treated Grain is an extremely sustainable grain source within our industry.

The trial hypothesis tested was; “Finisher pig performance is at least comparable when Adesco Treated Barley is used as a replacement for dried barley on a weight for weight basis.” Two replications of both the control diet (dried barley @35%) and the trial diet (Adesco Treated Barley @35%) were completed. In total 3,584 pigs were involved. There was no variation between the control and trial diets other than how the barley had been processed pre-storage. 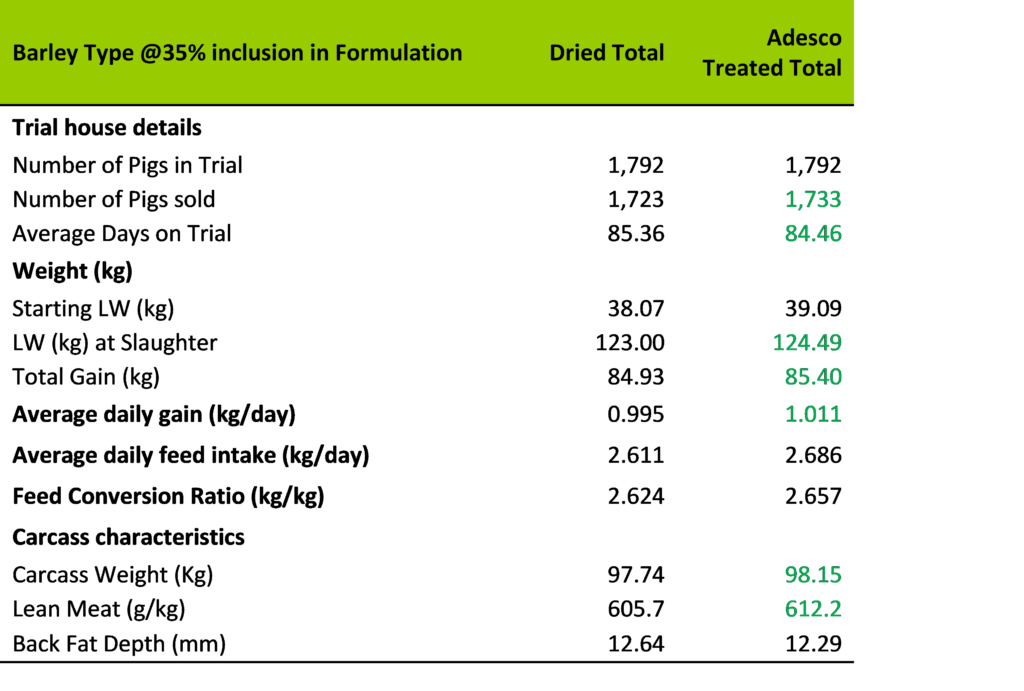 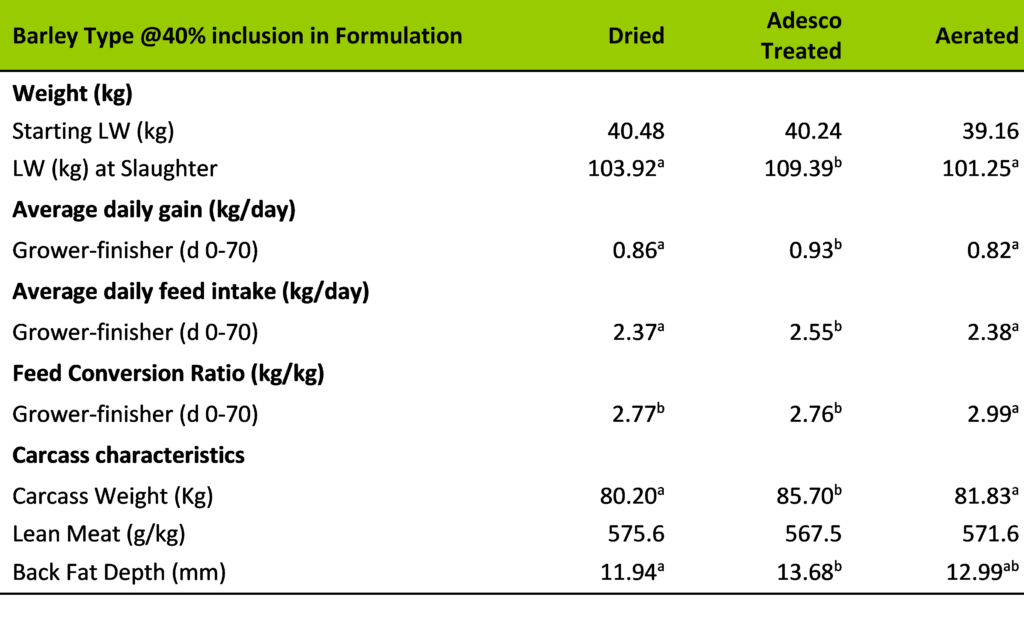 The commercial trial has confirmed the previous scientific findings. The key conclusions in relation to finisher pigs from an animal performance perspective are summarised below;

Where Adesco Treated Barley is used as a replacement for dried barley on a weight for weight basis;

The above results are extremely positive and reflect feedback we are receiving from those already using Adesco Treated Barley in pig diets.

Over the coming months we will be meeting with all key stakeholders in the pig industry to highlight the overall sustainability merits of Adesco Treated Grain as a raw material for pig feed to grow the market within Ireland for Treated Grain.

Update on other trial work

On the grain side, having completed our Treated Barley work for now, we are currently in the middle of our second commercial pig trial where we are confirming the benefits of using Adesco Treated Beans as a replacement for imported soya. Interim results are extremely positive, indicating the potential for savings in feed costs as well as a significant reduction in the carbon footprint of production.

A Treated Wheat trial is planned also as are similar trials on the poultry side for both grain and beans. Our scientific research programme is also due to start in the autumn.

On the feed side, commercial trials aimed to further enhance the level of control and information provided by the iBox are due to start at the end of the summer. These involve the integration of additional sensors throughout the pelleting process including the option of NIR.

We look forward to updating you on progress in the next newsletter.

Keep up to date – subscrib e to get updates from us.

If you would like to talk to us about how we can help improve your feed quality and reduce costs please call or complete the form below.